What’s on a designer’s mind? Up close with Jonas Olsson of Huski Wear

Huski Wear is a very new brand, but with all of the confidence that comes with experience. Much of that experience is rooted in Jonas Olsson, without whom there wouldn’t be any Huski Wear. What goes through our star designer’s head as the Huski Wear collection materializes?

Where does your inspiration come from?

"I get my inspiration from the activity itself or its purpose. In this case, I also use a lot from Huski Chocolate and what they have been doing so far. If there already is a platform for colour and form, it’s pretty easy to just elaborate and take it further. Usually, that will do the trick, at least in the beginning which is where we are right now."

What are the challenges of functional wear?

"Getting the balance right between function, aesthetics, quality, price and commerciality. Function in itself is sort of subjective so what’s functional for one person may not be very functional for someone else. You need to get a grip of your target audience, and the wider the audience, the harder it gets, I guess."

“A functional garment is at its best when you don’t feel it or even think about it while wearing it.”

What are your views on function vs. comfort?

"I see comfort as part of the function. A garment that isn’t comfortable won’t be very functional either. A functional garment is at its best when you don’t feel it or even think about it while wearing it."

Do you have a design philosophy?

"I’d like to say no, but to me personally those superfluous details and shapes, without any purpose beyond just being there, well, I usually avoid that. Not as a rule, but usually. I don’t know if that counts as a philosophy!" 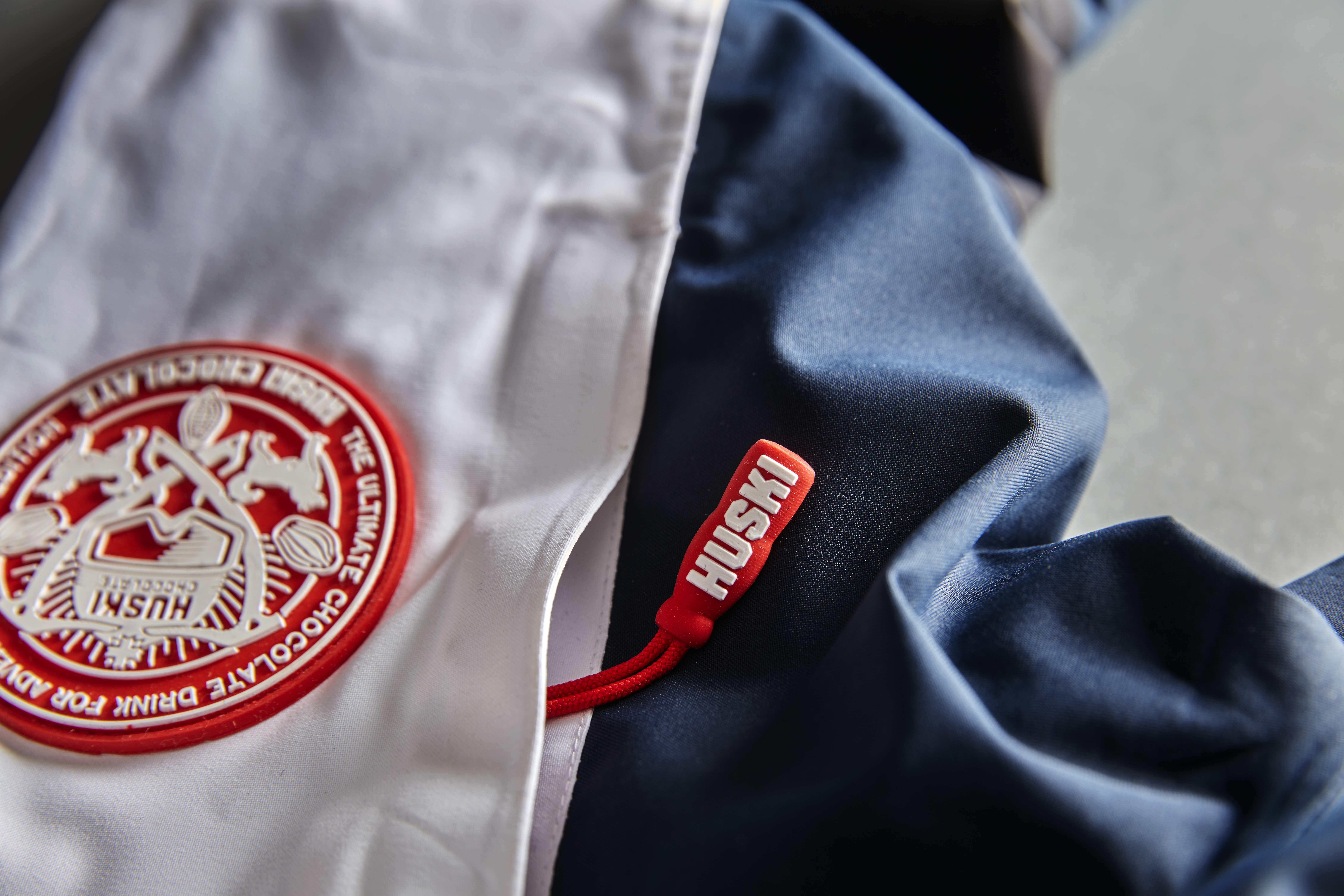 "Many times it is but it can also become quite boring. For instance, I made a specific pocket for a Huski Chocolate bottle on one jacket and in a serious world that is totally unnecessary but I see it as a fun element that at the same time has an actual function even though it's very limited."

"The crew sweater, the fabric, a cotton-polyester blend, is absolutely fantastic. I also like our liners that have a nice crisp feeling but are light and smooth at the same time."

All brands with self-esteem need their own camo pattern. What’s the story behind that of Huski Wear?

"Well, our art director made this awesome chocolate stain artwork and then I felt it could be fun, cool and unique to make a camo pattern out of it. You know, to put our self-esteem out there!."

What’s most essential for you when you hit the slopes?