For five decades, Sweden has belonged to the very elite of alpine skiing. The favourite discipline has always been slalom, although victories have come in giant slalom, parallel slalom, Super-G and downhill, too. For André Myhrer, the most successful discipline has definitely been slalom. He chose to end his career in the spring of 2020, thereby leaving a big, empty space in the Swedish National Alpine Team. There’s no natural successor to his role. Of course, many have wondered what André Myhrer will be up to now when at least his professional skis have been shelved. And the answer is: Huski Wear!

What is Huski Wear? And what does it have to do with André Myhrer?

"Haha, yeah, sometimes things just happen that no one can predict," André laughs. "I was kind of thinking that I would have more time after my career, but that’s not quite what has happened. Apparently, people are interested in what I’m up to now, and currently, I’m meeting journalists all over the place to talk about that. I’m like, 'ok, let’s just ride'. When it comes to Huski Wear, we started talking, I and CEO Magnus Liljeblad mainly. That felt really good, and when I was asked if I would be interested in joining, the answer was a given."

What got you hooked, exactly?

"There were a number of factors, really," André continues. "For an old skier like me, there’s obvious excitement in a new brand for skiing gear, because that doesn’t happen every day. Then it also felt safe considering all the experience the Huski Wear team has gathered. Magnus has made a name for himself in the industry in Sweden as well as internationally, and he has Lena Claesson and Jonas Olsson with him, both of which have an incredibly solid background in activewear design. I really wanted to be in on this!" 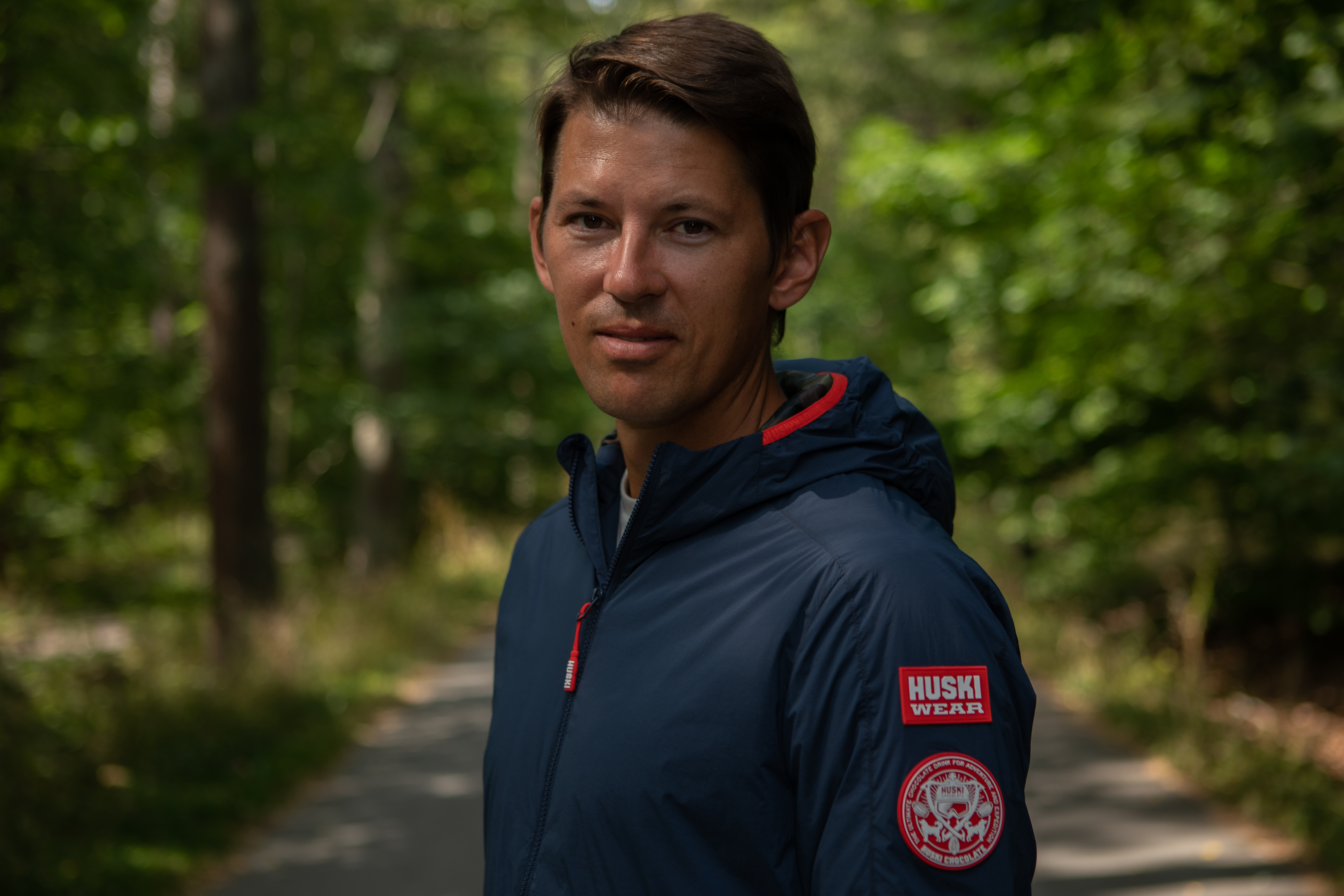 To the public, you’re mostly known for your individual achievements, crowned with an all-over FIS Slalom Cup victory and, of course, the Olympic gold medal in slalom. How true is that image should you compare it to your own?

"Yes, I get that I’m first and foremost considered a person with a winner instinct. And it’s all true, too. I want to win, and badly so. But those who really know me know that there are other sides to me as well. During my years in the Swedish National Alpine Team, it became very clear that the others saw me as kind of a role model, and I gradually realized that I’m actually more of a team player than I am someone who’s ready to go all in to stand on top of that podium."

Huski Wear with André Myhrer as a partner will resonate in the alpine world and beyond. As the legend you’ve become, what you have to say and show will be highly interesting – to everyone who’s a skier, but to many others all over the world as well. What’s your take on that?

"I’m super excited," André Myhrer exclaims. "My role in the coming years will be to do everything I can to make Huski Wear as visible and present as possible."

But let’s go back to the clothes. What is Huski Wear, really?

"Well, when it comes to that, I’m one of just a few to actually have tried the clothes on, and they feel very, very good. Nice fits, excellent flexibility, and comfortable at that. The materials in the ski collection are carefully selected to function in alpine environments, and then to be comfortable to just walk around in once the skiing is done for the day. To me, it’s important to keep dry, not sweat too much. The clothes also need to be easy to take on and off, and easy to combine so they work in the current weather. Which will change, we know that much!"

“The materials in the ski collection are carefully selected to function in alpine environments, and then to be comfortable to just walk around in once the skiing is done for the day.”

There are sustainability aspects at work here, too. Huski Wear aims at doing serious work for the climate. Has this affected your choice to be a partner?

"Yes, of course! This is how we all must think for times to come. The world’s climate is the single most important issue for humanity, no doubt if we still want a world where skiing is even an option. I see it myself on the glaciers I regularly visit as a skier. That Huski Wear already from the start is both quality-driven and takes real action for the climate feels extremely good. I’m really happy, but not just happy but also very proud to be a part of Huski Wear," André Myhrer concludes.

So, André Myhrer's active career may be over. That we will see a lot of him in spite of that seems apparent. That feels good.